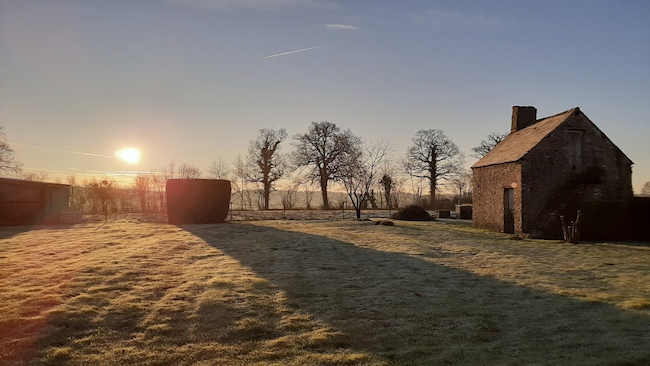 What do you own when you buy an NFT?

Most people talk about purchasing NFTs as “buying jpegs,” the image files you see online in avatars and marketplaces like OpenSea. But the reality is that the issuers of the NFT collections retain full ownership of those images. We reviewed the licenses for all of the top NFT collections, and in all cases, except one, the issuers offer only a usage license to the NFT purchaser, with varying levels of commercial rights ranging from permissive to highly restrictive. In many cases, issuers are less than forthcoming about this point, either encouraging directly or by omission through their marketing content a widely held misconception that “you own the art.” Because of the lack of user ownership, and exacerbated by pervasive misconceptions, the promise that NFTs can usher in a new era in digital ownership and property rights remains far off. Without rectifying this, the vision of Web3 will remain elusive.

Non-fungible tokens (NFTs) have opened an arena of scarcity applications to be built on public blockchains. These unique tokens have already come to represent rights to access, liquidity positions, and artwork. NFTs seem poised to have a bright future with innovative applications both inside and outside the crypto-native ecosystem. Today, outside of certain DeFi use cases, NFTs representing artwork has seen the most adoption, with more than $118bn in value traded over a trailing 365-day period on Ethereum alone.

But despite this vast sum and the promise that NFTs will be revolutionary for ownership rights, the reality leaves much to be desired. Contrary to the ethos of Web3, NFTs today convey exactly zero ownership rights for the underlying artwork to their token holders. Instead, the arrangements between NFT issuers and token holders resemble a distinctly Web2 maze of opaque, misleading, complex, and restrictive licensing agreements, and popular secondary markets like OpenSea provide no material disclosures regarding these arrangements to purchasers.

The crypto community has become more aware of the tenuous nature of intellectual property ownership and NFTs over the last several weeks, with two high-profile issuers substantially altering the usage license for their NFT collections. Moonbirds, the 8th most valuable NFT collection based on implied market value, changed its license to Creative Commons (CC0) after months of falsely stating on their website that token holders, “you own the IP.” And this week, Yuga Labs, by far the largest NFT issuer, owning more than 63% of the market value of the top 100 NFT collections, released new license agreements for CryptoPunks and Meebits, two of the oldest NFT collections.

In this report, we explain the difference between terms of service, usage licenses, and intellectual property (copyright) ownership. We examine major NFT collections by implied network value, categorize the most common licensing agreements, and highlight iconic examples. We uncover disparities between issuer marketing materials and legal terms of service, which in some cases are vast and misleading. And lastly, we argue that, for the Web3 dream of NFTs to become a reality, token holders must demand ownership rights over their NFTs or seek increased issuer transparency at a minimum.

What Actually Are NFTs?

The distinction between an NFT and the digital content to which the NFT points is not widely appreciated or understood, even among the most experienced and sophisticated NFT holders. Most seem to think that when you buy an NFT, you’re buying the digital image associated with that NFT—an image stored on some blockchain, like Ethereum or Solana. But this isn’t the case.

Instead, what you buy when you purchase an NFT[1] is actually a composite of two distinct things:

Fundamentally, non-fungible tokens, like all digital assets, are simply lines of code written onto a blockchain. What separates a non-fungible token, like a Bored Ape Yacht Club NFT, from a fungible token, like LINK or UNI or WETH, is that the former is governed by the ERC-721 standard while the latter group are governed by the ERC-20 standard. The ERC-721 standard specifies certain criteria that a token must comply with in order for it to be “non-fungible”. Among those criteria, the two most important are the tokenID—a unique identifier generated upon the creation of the token—and the contract address—essentially the address of the smart contract from which the token was generated. These data, among others (like “original creator,” “owner,” and “tokenURI”), are stored as metadata on-chain. The presence of both a tokenID and a contract address are the core metadata elements that render a digital token “non-fungible,” for no two Ethereum tokens will ever have the same tokenID and contract address.

The mere fact that an NFT “points to” a certain image does not, by itself, give the owner of that NFT any rights to the image, any more than minting an NFT of the Mona Lisa gives the minter rights to the Mona Lisa. Something more is required, and that “something” is a legal agreement between the owner of the image—known as the “copyright holder”—and the NFT holder specifying what rights the NFT holder has with respect to the image. To the extent an NFT purchaser has any rights to the image associated with his or her NFT at all, those rights flow not from his or her ownership of the token, but from the terms and conditions contained in the license issued by the NFT project governing the NFT holder’s purchase and use of the image. Accordingly, for the vast majority of NFT projects, owning the NFT does not mean you own the corresponding digital content that is displayed when you sync your wallet to OpenSea. That content, as it turns out, is owned and retained by the owner of the copyright associated with that digital content, typically the NFT project.

Admittedly, for most digital content, this digital landlord-tenant relationship isn’t particularly problematic; no one thinks, for example, that buying a DVD or Blueray of the movie Goodfellas means you’re buying the exclusive rights to the content of Goodfellas. We understand, quite clearly, that buying the DVD or Blueray of a film is buying a copy of some digital content owned by whatever film studio produced the film—not a unique one-of-one collectible granting exclusive access to that content.

But NFTs are different. NFT projects purport to sell unique one-of-one digital collectibles that no one else can own. Indeed, NFT projects go through great pains to create 10,000-piece collections consisting of unique one-of-one images, with each image of which representing a wholly distinct work of art from all others. No one thinks they are buying a copy of an NFT with a super rare trait. They are buying the “rarity trait” themselves. In fact, the entire concept of “rarity traits” popularized by many NFT projects over the last year bespeaks of the idea that buying a particular NFT with a “rare trait” means buying a one-of-a-kind work of art unlike anything else, that no one else can own.

To truly own that rarity trait, it’s not enough to simply own the digital token entitling you to a license, for the license could change at any time. Not only that, but without copyright, you can’t even prevent anyone else from displaying the art associated with your NFT. Only the copyright holder has that power, unless expressly provided otherwise by the copyright holder in the terms of the license.

After reviewing the most used license agreements for NFT projects, it becomes apparent that NFT standards and smart contracts do not recognize off-chain law. To conceptualize this thought in greater detail, we must first present some basics of the legal concepts that define ownership.

U.S. copyright law protects “original works of authorship fixed in any tangible medium of expression,”[2] which automatically vests in an author as soon as the original, creative expression is fixed by the author in tangible form. What this means is that any artist gains enforceable copyright automatically in their work without having to do anything else—no registration required[3] —simply by virtue of expressing that work in tangible form.

»» Read all the orginal article on Galaxy web site