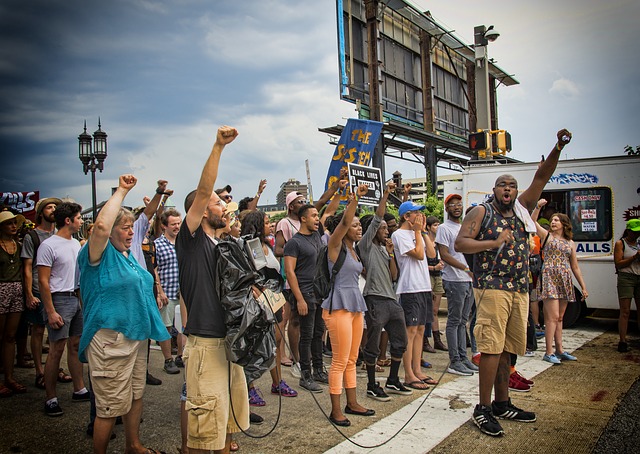 In this case the police tried to convince that photos provided were genuine while third parties argue on the contrary.

October 13, 2009
Hanoi – A dissident writer has been charged with assaulting a man outside her Hanoi house after she tried to attend the trial of several democracy activists last week, a police official said Tuesday.
Officer Nguyen Xuan Thanh of the Dong Da District Police confirmed that writer Tran Khai Thanh Thuy, 48, had been charged with hitting a man with a brick outside her house Thursday evening. Earlier that day, police had stopped her car en route to the port city of Haiphong, where she had planned to show her support for six democracy activists on trial for criticizing government policies.
The nature of the confrontation outside Thuy’s house is unclear. The government-controlled online newspaper Dan Tri cited police Saturday as saying that Thuy’s husband, Do Ba Tan, had struck a man named Nguyen Manh Diep, 41, with his motorcycle helmet during a parking dispute.
The five-foot-tall Thuy then allegedly threw a brick which cut Diep on his neck.
That account differed sharply from that of Thuy’s 13-year-old daughter, who spoke with the German Press Agency dpa Thursday night before the media accounts appeared.
Thuy’s daughter said a man had appeared suddenly on a motorbike while her father was opening the gate of their house and began hitting him and swearing at him. She said that when Thuy asked the man to leave, he had hit her as well.
’I don’t understand why they hit my mother,’ Thuy’s daughter said. ’I saw my mother’s head bleeding, and I got very frightened.’
The case has gained added controversy on Vietnamese blogs because of a photo released by police and printed by Dan Tri, purportedly showing Diep being treated for bleeding at a hospital, and bearing a time-stamp from October 9, 2009.
But digital data encoded in the file showed the photo had been taken on February 28, 2005, and modified by Photoshop on Friday evening. Vietnamese bloggers have alleged the picture is fake and that Diep was most likely engaged by police to harass Thuy.
Police insisted the photo was genuine, and several experts said that the date might have been entered incorrectly in the camera’s clock. Experts could not explain why the time-stamp would read differently from the date in the camera’s clock.
Diep has not spoken to the press, and police have declined to supply his contact information.
Thuy was stopped by police on Thursday morning while driving to the port city of Haiphong to support six dissidents on trial for hanging pro-democracy banners and conducting other allegedly anti-state activities. The six dissidents were sentenced between two and six years in prison on Friday for ’spreading propaganda against the Socialist Republic of Vietnam.’
Police released Thuy after several hours, and she returned to Hanoi. She and her husband Tan were arrested on Thursday evening.
However, Tan was released on Monday, and officer Thanh said police would not bring charges against him.
Thuy wrote dozens of novels, poems, stories, and works of journalism in Vietnam’s government-controlled press up until 2006, when her political writings made it impossible for her to publish inside the country.
Thuy was arrested in April 2007 and sentenced to 9 months in jail after taking part in a large demonstration in front of the Hanoi People’s Committee over corruption in land seizures.
If convicted of assault, Thuy could face up to three years in prison.

Prima facie is a Latin term that literally means “at first sight” or “on its face.” Copyright registration has a presumed validity in a copyright infringement claim unless challenged by the defendant. This shifts the burden of proof substantially in your favor. Instead of having to prove you shot a photo and own the rights, the defendant has to provide evidence to the contrary if she disputes these facts.