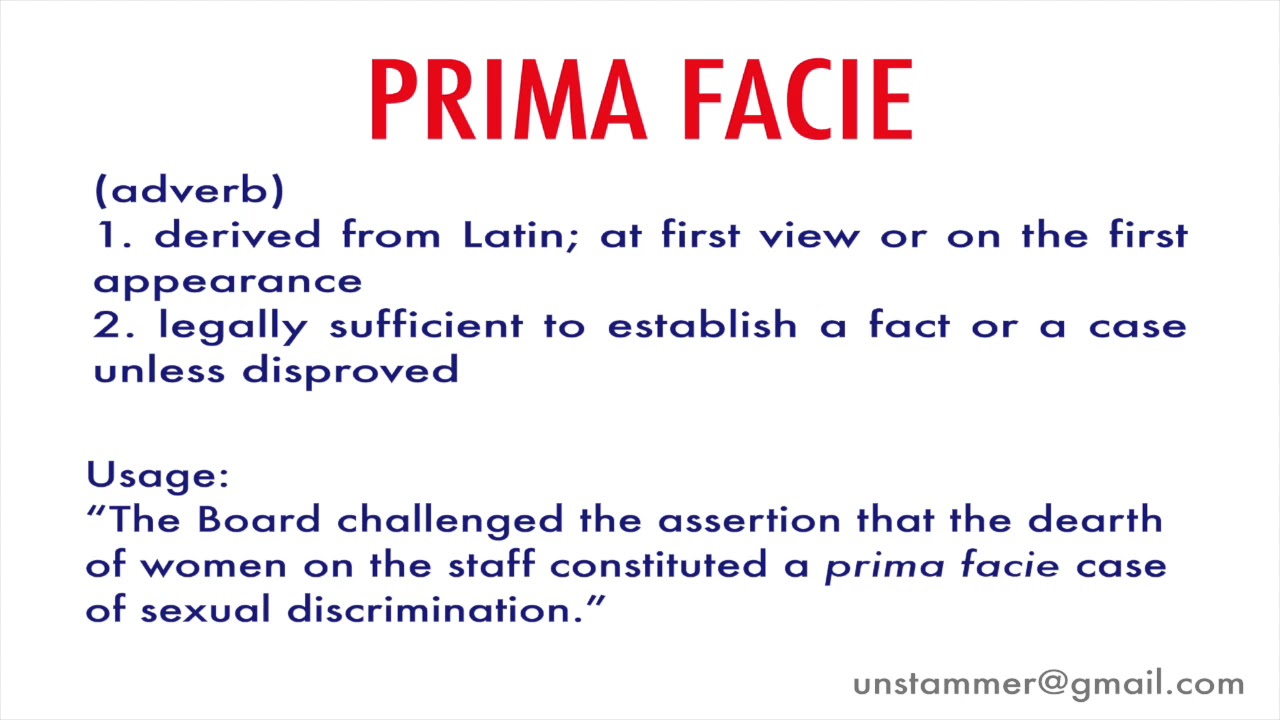 The first is in the sense of a plaintiffs producing evidence sufficient to render reasonable a conclusion in favor of the allegation he asserts. In the common instance of this use of the concept, it means plaintiffs evidence is sufficient to allow his case to go to the jury.

The Lighter Meaning: Meeting the Burden of Producing Evidence

This definition explicitly rejects the notion of “prima facie” as presumption.

Again, “the evidence necessary to require the defendant to proceed with his case” is simply the burden of producing evidence.

In the second sense, a party bas established a prima facie case only when he has made such a strong showing that he is entitled to a presumption in his favor. This meaning of “prima facie” is virtually indistinguishable from at least one legal meaning of “presumption”: If A has established a prima  facie case, then his opponent B must produce some evidence to contradict the evidence already produced by A; if he does not, then the trier of fact must find for A. To put it another way, when “prima facie” is used in this sense, it switches the burden of proof /rom the party who has made the prima faci·e showing to his opponent.

In 1938, the Oregon Supreme Court stated a “prima facie case is such as will suffice until contradicted and overcome by other evidence.” The rest of  the opinion indicates by “suffice” the court meant “suffice to win the case,” or “establishes conclusively the plaintiffs cause of action.”

“The words prima facie as used in statutes merely mean a fact presumed to be true unless disproved by some evidence to the contrary, but they always imply that the proper party shall have the opportunity of offering  proof in rebuttal. “

Although  this case is cited  as support  for the proposition  “prima  facie” is equivalent to a presumption, that reading is not the only one possible. The burden of going forward with the evidence is usually said to be equivalent to the burden of producing evidence